I can’t believe it’s been that long, really. Time has flown by. She’s doing so much better, with a few ups and downs along the way. 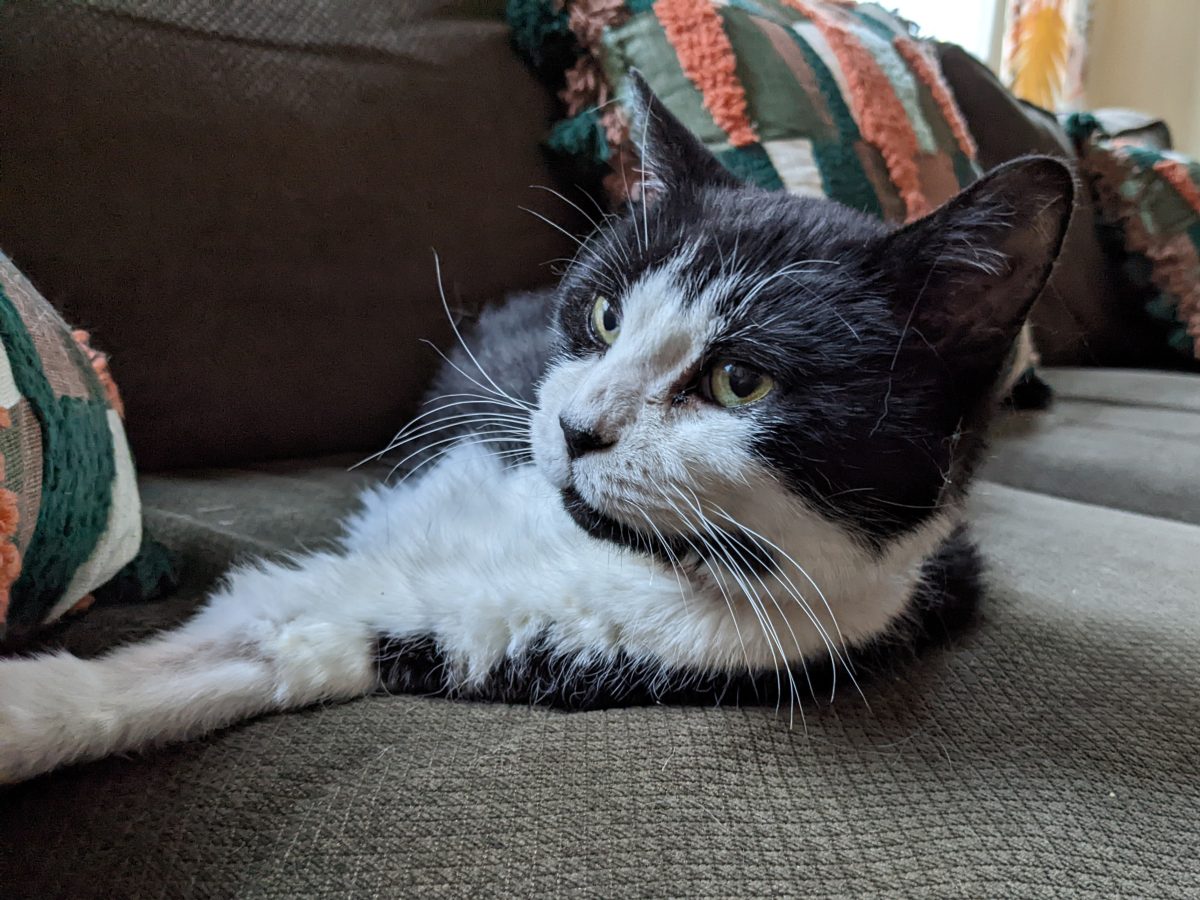 Things have settled down somewhat. I am hesitant to say things are all good because you never know where this journey will take you, but for right now we haven’t been to the animal hospital for over a month, and Lu seems to be happy and healthy and able to go about her life.

Luanne had two health scares after the last time I updated, once it was what I can only describe as extreme constipation, which required several doctor visits and laxitives and finally what we refer to now as “Lu-Poos” which are impressive in scale and magnatude and only appear every few days. We get Lu-Poos on a pretty predictable schedule now, thankfully.

We noticed something was wrong when she kept trying to use the bathroom and couldn’t. She’d squat in the litter box, and waddle around a little bit then leave with nothing to show for it and would breathe fast for a few minutes. We’re lucky it wasn’t megacolon, but that’s likely because we’ve been watching her so closely for signs of distress and acting as soon as we saw something worrying. We’ve been lucky with that.

A few weeks later I found her lethargic, breathing fast again and refusing food or treats. This time it was fluid on her heart. She spent the night in an oxygen tent, and responded well to the treatment.

It’s kind of flip to glide over both of these so quickly but in there were destroyed weekends and late nights, waiting, knowing the less we heard the better it was going. It happens every time but that is always hard.

At the animal hospital, every time, we get the worst case first – at this point it’s happened so many times I’m sure it’s a standard practice.

I get used to hearing that it’s likely cancer or it could be heart failure and always that this could be the end of the line. Knowing I’m going to get the worst possible news first has given me some isolation from the shock, but every time it could be true. Eventually it will be.

We have been so, so lucky to be able to blunt the financial part of all of this, because while the amputation itself was straightforward cost-wise the other medical issues that have arisen since have been substantially more expensive that we anticipated. I don’t know if they were aggrevated by the surgery or we’re just more clued in to noticing. But it’s an indescribable privilege to not have to think about money when considering her care. If you’re reading this, get pet insurance right now. 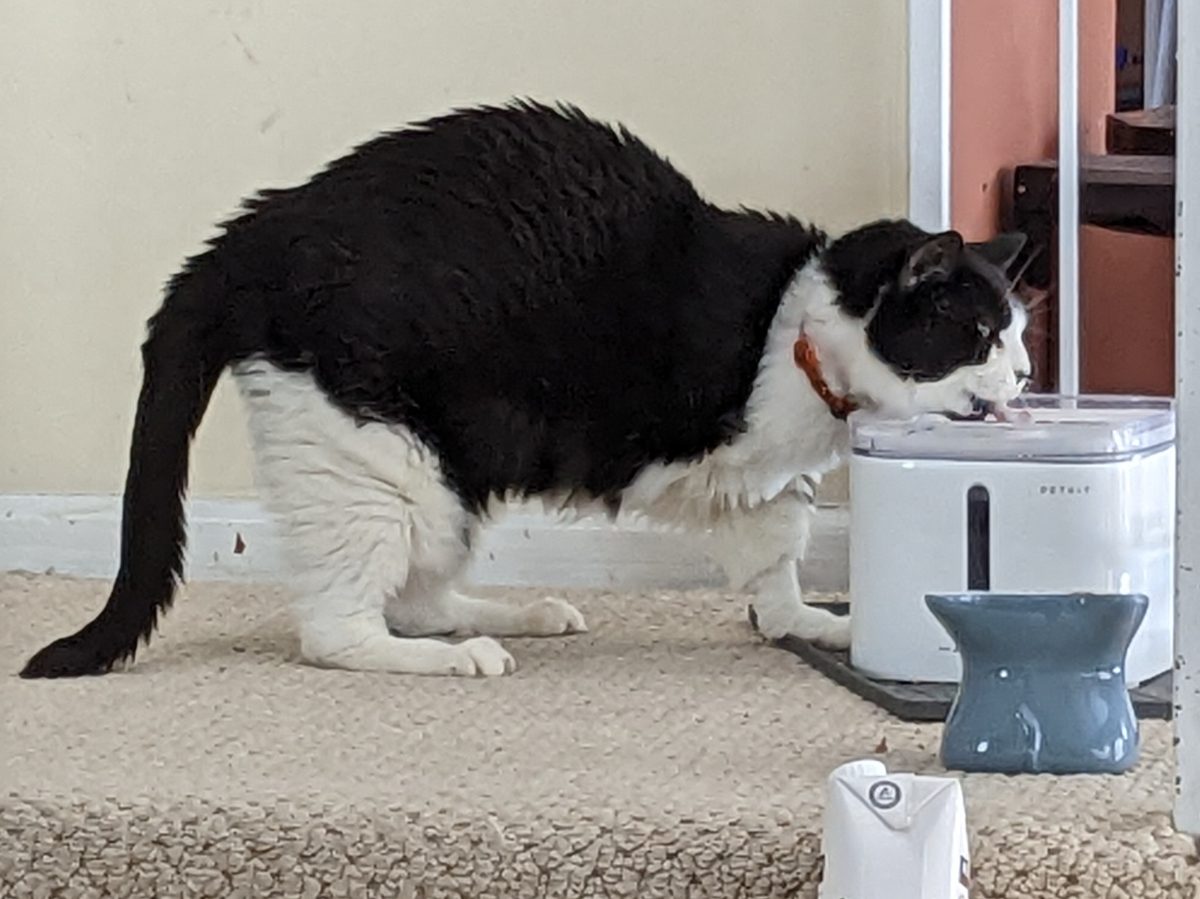 With the new medication, she’s been improving steadily. She sleeps most of the day, like an older lady would, but has been exhibiting more of what my husband and I call “Lu-like behavior” – making squeaks and headbutting ankles when she’s hungry, then eating half of her brother’s food as a second course. Stealing a seat on the couch then taking up just enough space to keep all three of us from sitting on it.

She’s still moving slow, but can get up and down a flight of stairs on her own.

When you get down on her level she starts purring and just loves the attention. She’s there, just building her confidence to move.

My next project is to get her up high more. She lived most of her four pawed life 3 feet or more above the ground, and I am trying ways to get her back up safely and comfortably. She’s not interested in going up stairs that don’t lead to litter or food and can jump up but only does that rarely.  Right now looking into building ramps that will get her up and down to a cat superhighway with minimum friction.

She’s getting more curious though so I hope it’s only a matter of time. 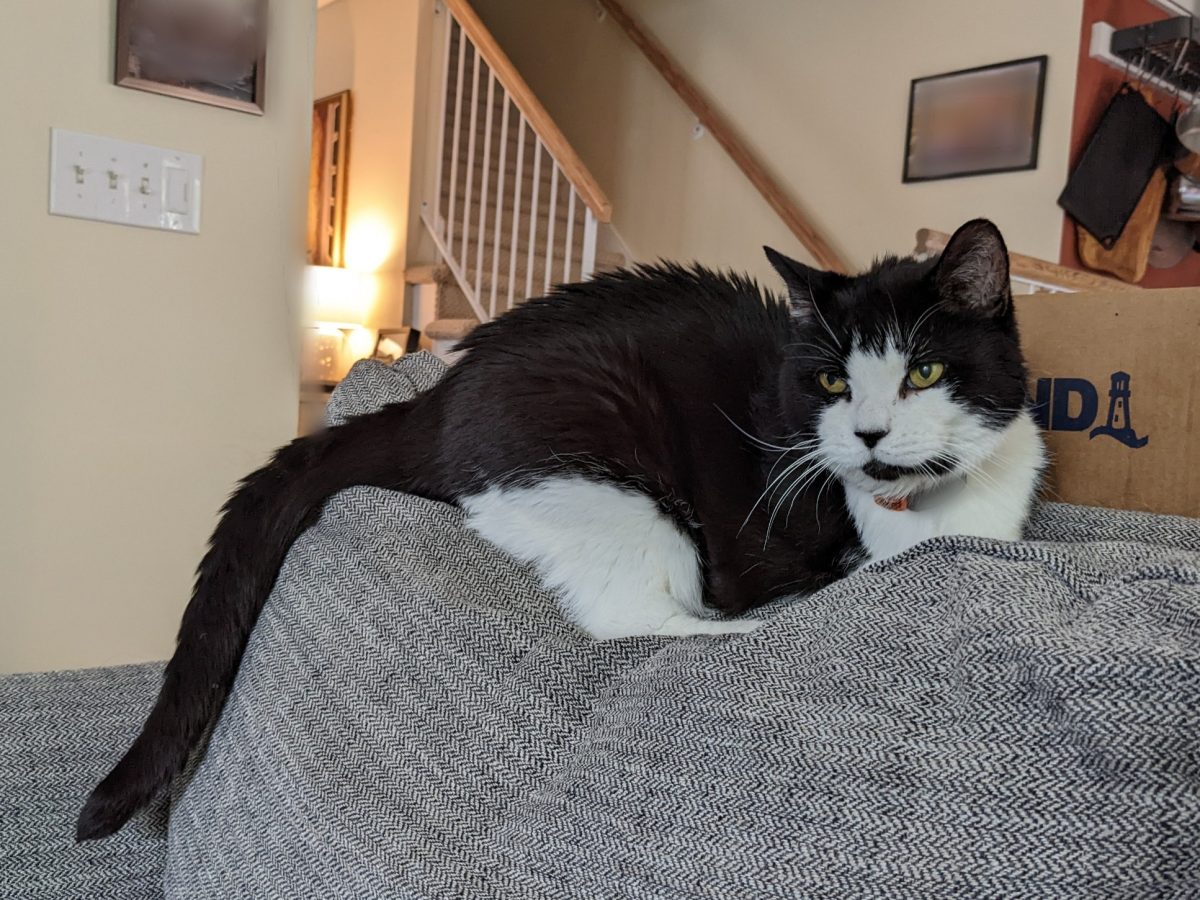 This site uses Akismet to reduce spam. Learn how your comment data is processed.

Updates on Luanne, a Tripawd Kitty is brought to you by Tripawds.
HOME » NEWS » BLOGS » FORUMS » CHAT » YOUR PRIVACY » RANDOM BLOG